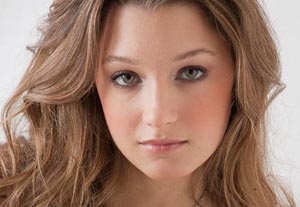 Dinner was weird. Luke felt extremely happy, but at the same time guilty for that state of mind. Zoë finally calling Reid ‘Daddy’ had been such an emotional surprise, that he just couldn’t stop grinning. It had been so indescribably beautiful to watch Reid’s reaction to Zoë’s remark. Luke had been able to pinpoint the different stages of the message sinking in. The shock, the disbelief, the joy, the emotion, the love, the gratitude. It had been overwhelming to all of them and they’d ended up in one big group hug on the large bed.
Luke had watched them through the mirror and had felt absolutely blessed. His family. Happy and – most importantly – intact. Showing his bliss felt unfair to his parents, but not showing his bliss felt unfair to his kids and Reid.

Dinner was weird. This would have been their last dinner together in Vegas. Their initial plans had them all on the plane back to Oakdale tomorrow, but now the group would split up. Holden and Molly, Lily and Damian, Lucinda and John and Jack and Carly had decided to stay for obvious reasons. The rest would go back home and not everyone was happy about it. Especially Ethan and Faith showed their most convincing version of the Snyder Pout.

With the best will in the world they couldn’t understand why going back to school was more important than staying together in this crisis. It disrupted their usual ‘drama dynamics’ and that made them edgy and nervous.

For a moment Luke considered asking them to stay at his home, but then he’d noticed the look in his grandmother’s eyes. She needed to take care of them. So he just tried to soothe his siblings.

“It feels strange to go home for us too,” he explained, with a quick smile to Reid. “But we’re not helping Nat by staying here.”

“I disagree,” Faith shrugged. “How will Nat feel if she finds out we all went home, leaving her here? Like we don’t care what happens to her?”

“We’re not all going home, Faith. She will have a huge welcoming committee when this is over. But she’ll understand that you had to go back to school and others back to work.”

“To me it does,” the girl answered.

“You’re old enough to understand the law, Faith,” Holden sounded tired and annoyed. “You kids need to be back in school. That’s how it is. I wish you could stay too. I’d rather have you all close. But we have no choice. Please don’t turn this into a big drama.”

The pain in Holden’s voice visibly touched Faith and she nodded.

“I will,” Holden gave her a small smile. “But knowing Nat, she’ll understand.”

Reid couldn’t help watching Jack’s face across the table. Although he admired the optimistic attitude – the almost casualness of Nat’s save return – Reid wasn’t so sure of the outcome himself. And Jack’s eyes didn’t give him must to build on either.

In a way to distract himself from the negative thoughts, Reid concentrated on the menu and smiled when he saw one of the ‘Kids Specialties’ of today: chicken fingers. Natalie’s absolute favorite.

“Let’s hope Nat is still in this hotel and is allowed to order room service. I’m sure the chicken fingers will be on her list…”

It was meant as a joke, but after the words left his lips, he noticed Jack’s gaze and understood immediately.

“Good point, Doctor,” Jack murmured, while pulling out his phone and sending a text.

“It’s a long shot, but it could also be the break we need.”

Everybody was enjoying their food when the manager of the hotel came towards their table. His expression was telling and when he handed Jack a paper, he looked victorious. And a few seconds later Jack did too.

He pointed at Reid and winked. “I’ll say it again. Good point. There has been a large order of chicken fingers on our floor…”

That had everybody’s attention.

“Our floor?” Lucinda frowned. Although the hotel – and their floor – was huge, it felt a little too close for comfort.

“Please keep in mind that this can be some sort of fluke. It could be someone else with a passion for chicken fingers…” Jack stood up and nodded at the manager, “but we’re gonna find out soon enough. Please all gather in Lily’s suite after dinner. Maybe we can all go home tomorrow, after all…”

The reaction was predictable. Excitement and hope took flight. Could this be the end of this hell?

***
When would he be allowed to leave this hell? Sure, he had found his rhythm by now. His body had even found a way to relax on the uncomfortable bed. Working outside, in the huge vegetable garden, had even toned his muscles in a way he really liked. He had made the most of it, but he was really ready to leave. And somehow he’d noticed the abbot felt the same. They had made some great progress. Noah had to admit he felt like a changed man. He didn’t feel confused anymore, especially after their talk about loving the same gender. The abbot had been very clear about his thoughts on that.

“Love is love. Society has added all kind of labels and judgments to it, but basically it’s about love. Gender is not important. It’s about finding that person to connect with. That person you feel comfortable enough with to be really yourself. That person that encourages you to step out of your comfort zone. That person that makes you aware of your wings and inspires you to fly higher. Don’t select on gender. That’s limiting yourself. Select on love.”