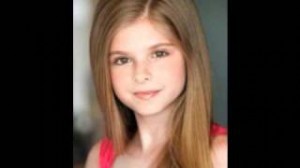 Quietly she ground the food between her teeth. Chicken fingers didn’t taste the same in captivity, she concluded. And clearly it showed, according to the male voice.

“I’ve told you that you have no reason to be scared. I’m not gonna hurt you.”

Natalie nodded. She had to admit this was one of the best kidnapping scenarios she could imagine. He was nice. He had explained to her how he needed money and how this was the only way he could think of to get a large sum of it.

“I hate doing this, but I’m desperate,” he had said with a friendly smile.

“Why don’t you just ask for the money? Luke is very kind and he has this foundation…”

“You think ransom is more honorable?”

“You have a point there, but it’s too late now.”

“It sure doesn’t feel right to me,” Natalie had said, pulling her battered teddy bear close.

For a moment he had looked ashamed.

“I know. But this will turn out for the best. You just wait and see. And when this is all over, I’ll buy you a new teddy bear.”

“I don’t want a new teddy bear,” she had said, caressing the white fur. “This bear has a story now.”

“You understand why I had to cut him open, right?”

“Yeah,” Natalie had shrugged. She had been pretty upset, watching him tearing open the neck of her bear, but after he showed her the small device he’d pulled out and explained to her what it was, she realized he hadn’t damaged her bear to hurt her. And by now she knew he wasn’t a bad guy. He just had made some bad choices. She could only hope it wouldn’t be a fatal choice.

“You do realize my Uncle Jack is a detective, right?” Natalie asked, chewing on a chicken finger.

He smiled. “Yeah. Oakdale PD. Forgive me for being condescending, but I’ve lived in Oakdale all my life and the quality of the force is not really…” he grinned, tapping his lips with a French fry, “scary.”

“I happen to know that my Uncle Jack is very good.”

“We’ll see,” his smile was a bit teasingly, “when I walk away with a million dollars, you’ll know how good he really is.”

“And then you go back to gambling?”

“Nope. I’ll pay all the debt and then I’ll disappear.”

“I won’t tell anyone it was you,” Natalie started on her last chicken finger and finally some of her taste buds were back in business.

“I know. But they’ll figure it out the minute I’m not on the plane when you all leave.”

“Yeah, that is quite a giveaway,” Natalie had to agree.

“But I’m sure I can buy myself a new identity,” the man nodded with a content smile. He was ready for a huge change.

“I love it. But I can make films under another name…”

“But you won’t be able to accept an Oscar…” Natalie tried a French fry. “You have to stay away from all publicity.”

He frowned. She made a good point. And then she also gave the solution.

“You could change your face.”

“Plastic surgery,” he grinned. “You’re right. That would be a great way to…”

The loud knocking on the door prevented him from ending his sentence and he immediately knew all his dreams were shattered.

The panic in Natalie’s eyes made him feel evil. What had he done? What should he do now? Grab the child and try to run for it?

All of a sudden he saw the panic transform to calmness.

“You were nice. I like you,” Natalie pointed at the balcony, while she walked up to the door.

“Uncle Jack? Is that you?” She made her voice sound as scared as possible and Tim looked at her with a smile. She sure had spunk.

“Natalie!” That was definitely Jack’s voice, “Are you okay? Is Tim there?”

She turned around and scanned the room.

She heard a soft click. Then the door opened and two strong arms scooped her up. With a soft cry she put her arms around her uncle’s neck.

Natalie was still shaking her head when Jack put her back on her own two feet.

“He was very nice,” she said, softly pulling Jack’s coat. “Can’t you let him go?”

That made the detective frown.

“I know. But only because he needed money real fast.”

Jack shook his head, while some security guards searched the room.

“It’s out of my hands, Nat,” he caressed her hair and smiled. He never realized how much this girl looked like her big brother until now. Seeing good in everybody. Another benefactress in the making. Yep, a definite ‘Luke alike’.

“Come, let’s find the family. I’m pretty sure they will be happy to see you…”

The cheers in the other room brought Luke and Reid back to the present and they fell in each others arms again. This time it was briefly, though. They both jumped from the bed and made their way into the other room, where everybody was frantic.

When Nat saw her big brother, she squealed and ran into his open arms. She felt Reid’s arms around her too and then she finally felt safe enough to show her true emotions. So she cried. The protective shelter the two men provided was quickly expanded when the family stood together in one big hug.

For a moment Reid realized his surroundings. Very aware of all the bodies close to him. The image alone would have freaked him out not so long ago and although it still wasn’t one of his most favorite states to be in, he did submerge in this deep sense of connection. He had a family. It made him smile.

Big Thanks To Lorraine, for brushing up my grammar